Fakenham U16 today faced Sprowston in a Semi-Final Cup Game. After going a goal behind, an equaliser before half time spirited a better second half performance. However conceding 2 goals in the second half meant that the cup run came to an end. Unlucky lads! You’ll learn for next time 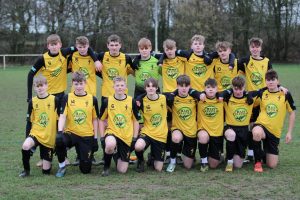