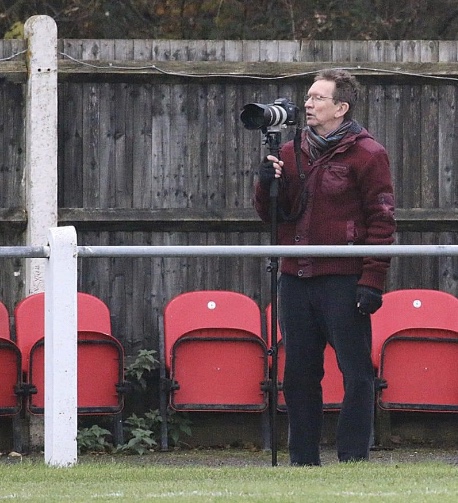 Ronnie Heyhoe takes photographs for our first team fixtures and some other teams games from time to time. Below is a piece he’s written about his experiences with Fakenham Town 📸

My first association with the club was playing for the under 18's youth team, then progressing into the Reserves, and a few first team games.

After my playing days ended, I moved into management, firstly with the A team and then on to the Reserves, where we had a very successful period gaining promotion from Division four of the Anglian Combination and working our way up the Divisions, eventually into Senior football. From there to assistant manager of the first team.

These were very successful and enjoyable times. I then started to take sports pictures as a hobby, which progressed from local football to cricket and ladies' hockey, and also Drone photography and video.

So, this is where we are today, and it's great to still be involved with the club meeting up with ex-players and supporters, whilst capturing the action and creating memories to share.

There is also a great atmosphere within the club today, which reminds me of the togetherness we had at Barons Hall Lawn, everyone pulling in the same direction, long may it continue.

The man behind the lens...

Theme by Anders Norén — Up ↑